So I was down on Grand Cayman in the Caribbean over the weekend for our second ‘babymoon’ and as always I packed the travel fishing rod with the objective of catching a bonefish or maybe even the elusive giant tarpon.

I had a few sessions out on the kayak but only a trusty old Barracuda was the result of several hours paddling around the mangrove flats of a Governors Harbour (like Runaway Bay/Broadwater on the Gold Coast) flicking jigs and soft plastics. What made things even more frustrating was that there were parts of the island where I was swimming with huge Giant Tarpons and massive schools of Bonefish, all in protected marine reserves so fishing was a no go.

I gave it one last roll of the dice early Monday morning before we flew back to New York. I was flicking a jig for bones and had one strike that didn’t stick and then a 100 pound plus Tarpon (think 5 foot) decided to hang around the kayak, taunting me to have a go. Frustratingly, this monster was not wanting to digest my little green jig so I moved on and drifted over this mangrove ledge where I got smashed and literally pulled along at pace by something with serious grunt. I realised I was in trouble when this thing was steamrolling back underneath the ledge and as i was fighting the fish I had no control over the kayak, so I’m over the edge half in the water trying to ensure it doesn’t snap me off. It was secure back in its hole when I reorganised myself and paddled back out into the channel in an attempt to get some angle and get it out, after some serious pressure he succumbed and I had him on the kayak.

See attached for the result. It is called a Snapper but it is essentially a Caribbean version of a Mangrove Jack. It was probably about 6-7 pounds on the old scale. 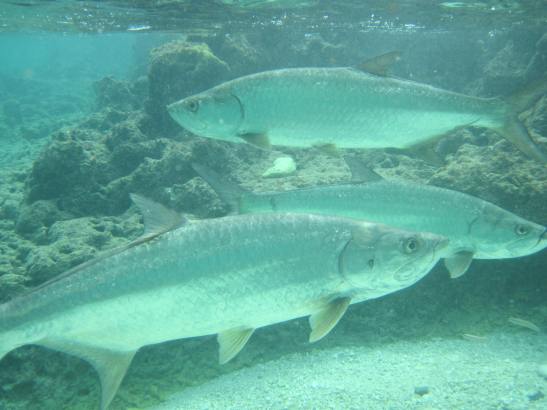 Swimming With Giant Tarpon Is Extremely Frustrating For A Fisherman 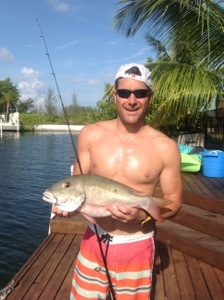