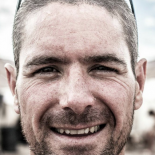 On December 1 2012, which happened to be a chilly Saturday, the first official Madhattan Run was held. A charity fun run organised by myself and my good buddy Declan Sherman, it is technically an ultra-marathon as it is a 54km circumnavigation around the island of Manhattan. Due to super-storm Sandy’s devastation to parts of New York and the subsequent cancellation of the New York Marathon, we were inundated with registrations as many were race ready but with no run to race. In the end we allowed 45 ‘mad’ people to run in the inaugural Madhattan Run.

The winner finished in 4hs 40 mins and the final competitor came in at a little over 9hrs, but everyone was a winner. Overall, all competitors raised in excess of $30,000 for the victims of super-storm Sandy. 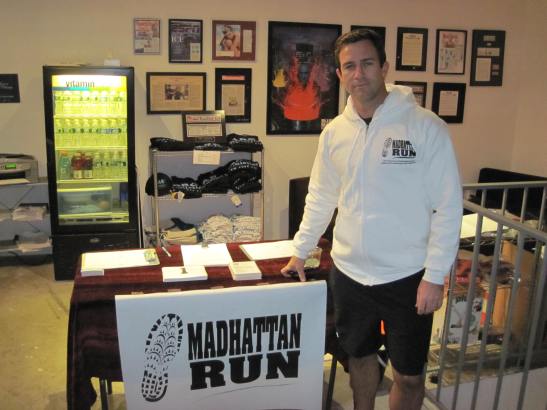 Pre-race registration – very professional as you can see 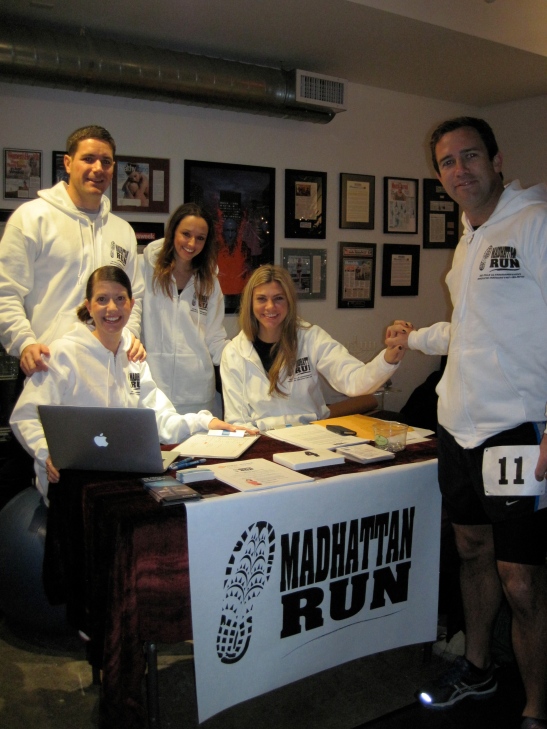 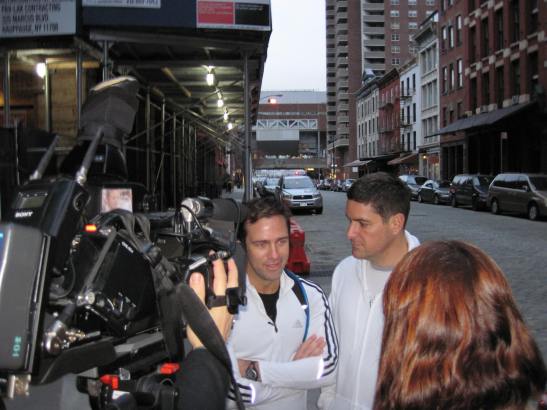 Nervous competitors getting psyched up for the 54kms ahead

The organisers – Declan, Mark and Dan

The race start from Tribeca

Running up the East-side 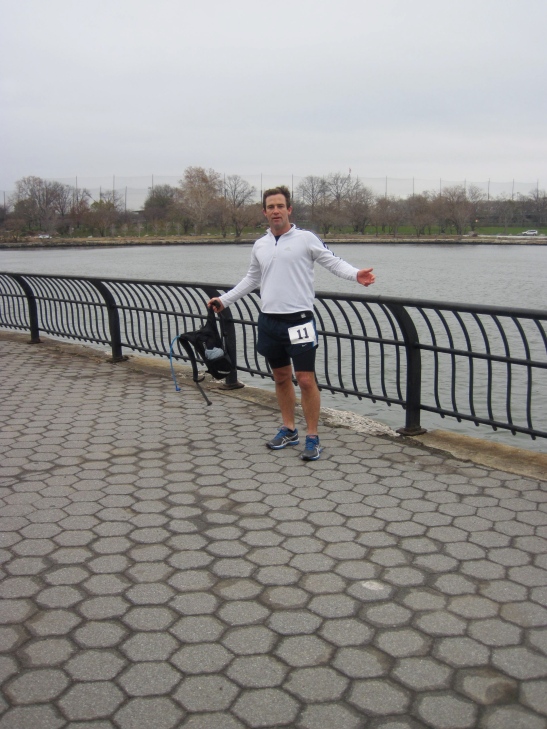 ‘I know I organised this, but where to next?’ 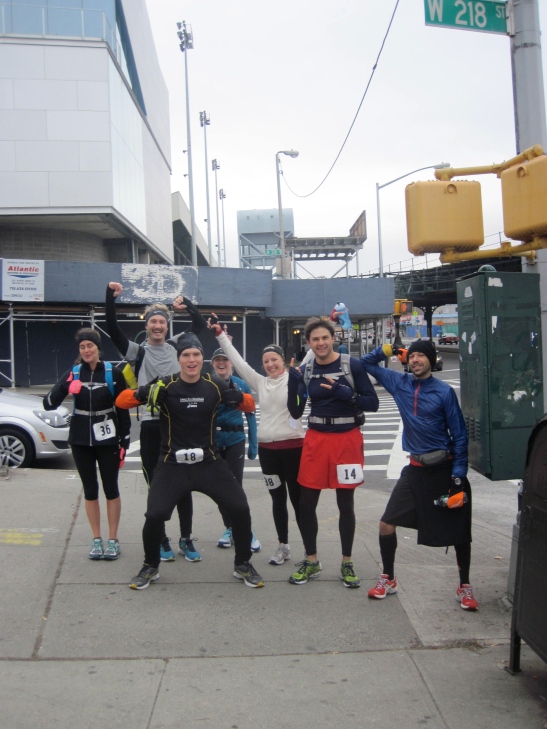 Making it to the top of Manhattan

Inwood Park, the tip of Manhattan

Madhattan Run afterparty – worth the pain

50 marathons in 50 states this year – Inspirational

The Legend that is Gene Schafer of Arc Athletics

This entry was posted on December 1, 2012 by Mark 'I'm Pumped' Power in Running.